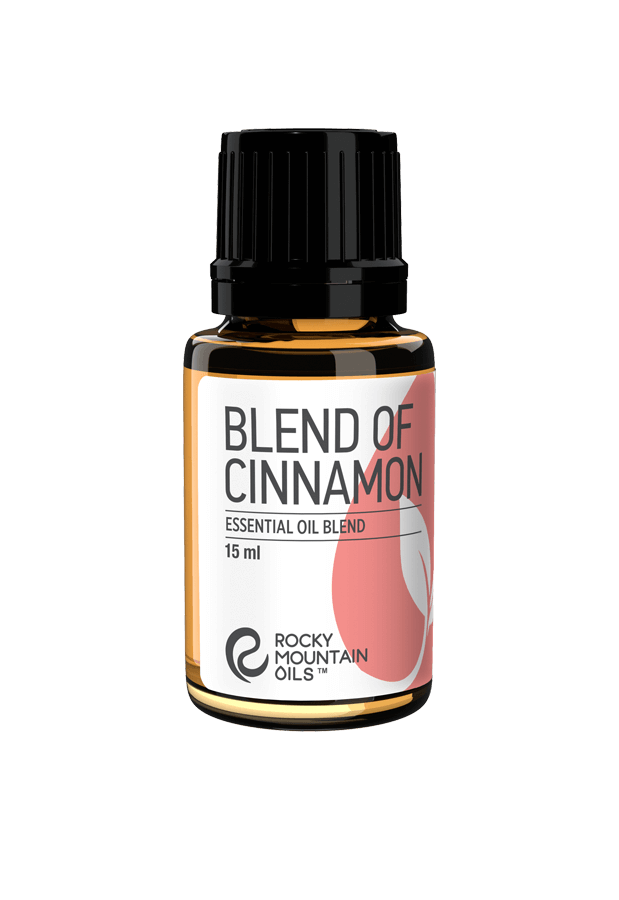 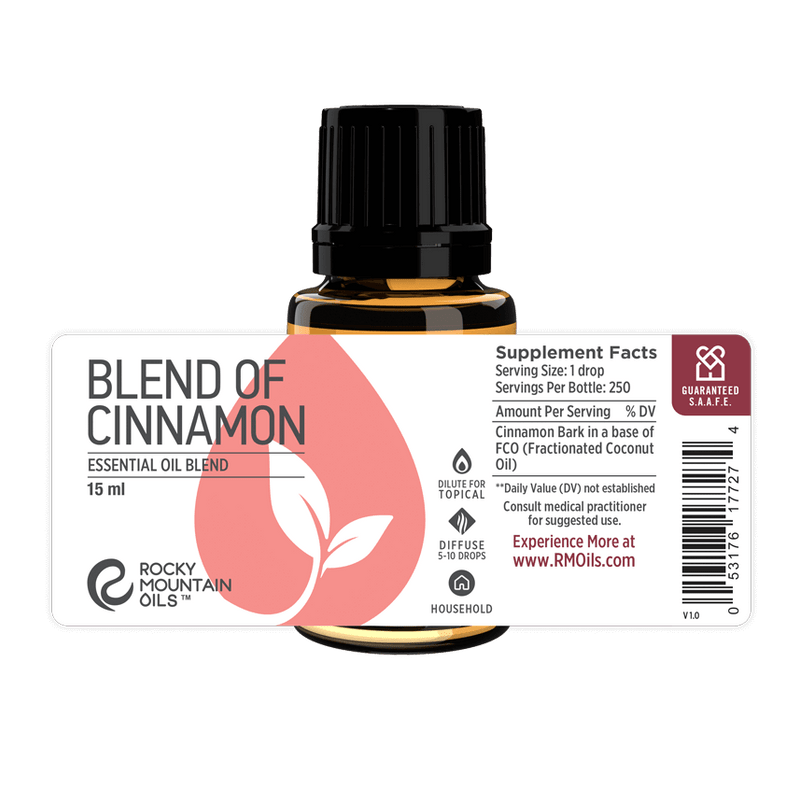 Enjoy the familiar and warming aroma of cinnamon in a convenient and easy-to-use blend! Cinnamon is often thought of as a warm, winter oil, but it provides a host of benefits that you can enjoy all year round!

Cinnamon Bark is a powerful purifier. When diffused, it can help clear the air of airborne pathogens, as well as support your body's ability to fight against coughs, colds, congestion, and the flu. This spicy oil also helps boost blood circulation and can help calm an upset stomach. Cinnamon Bark has a strong warming sensation when applied topically, which makes it great for soothing overworked and sore muscles or joints.

Caution: Cinnamon Bark is a "hot" oil and should always be diluted with a carrier oil prior to topical application.

The statements contained herein have not been evaluated by the Food and Drug Administration. Neither Rocky Mountain Oils® nor its products are intended for the purpose of diagnosing, treating, curing, or preventing any disease. If you are pregnant, nursing, taking medication, or have a medical condition, consult your physician before using these products.

Add essential oils to a 4-ounce fine mist spray bottle, then fill the bottle with distilled water. Shake well before each use. Liberally spritz the room as needed to eliminate odors.

Caution: Cinnamon Bark is a "hot" oil and should always be diluted with a carrier oil prior to topical application.

Kids Safety: Safe to use on children aged 10 years and older. Dilute to a .1-.5% dilution rate with a carrier oil before application, and perform a patch test prior to application.

Your trust and confidence is very important to us. As part of our S.A.A.F.E. Promise™ to you, we provide GC/MS (Gas Chromatography / Mass Spectrometry) test results from a verified third party, independent lab for each one of our essential oil products.

GC/MS tests verify purity and quality of the oils we sell, so you can be sure you’re using the highest quality oils available on the market today.

Click here for the GC/MS test results for your bottle of Blend of Cinnamon Essential Oil Blend.

Customer Reviews
The Customer Reviews are provided for the benefit and information of RMO’s customers. RMO prohibits any customer reviews that contain vulgar, explicit, or inappropriate language or content. Among other things, inappropriate content includes, but is not limited to, customer reviews that make claims violative of FDA regulations or laws, such as claims that the product is used for the purpose of diagnosing, treating, curing, or preventing any disease.